"Migiaq" is the Inupiaq word for "throw up."  Mi-gack is how it sounds, with a more gutteral G.

It's highly appropriate for several reasons.

Halloween always makes me want to Migiaq.  Too much candy.  Inappropriate costumes for people.  Drunkards acting ridiculous at the annual Dance.  Migiaq.

And then, whatever's on my sewing table too.

This year a cheetah migiaq-ed on my table. 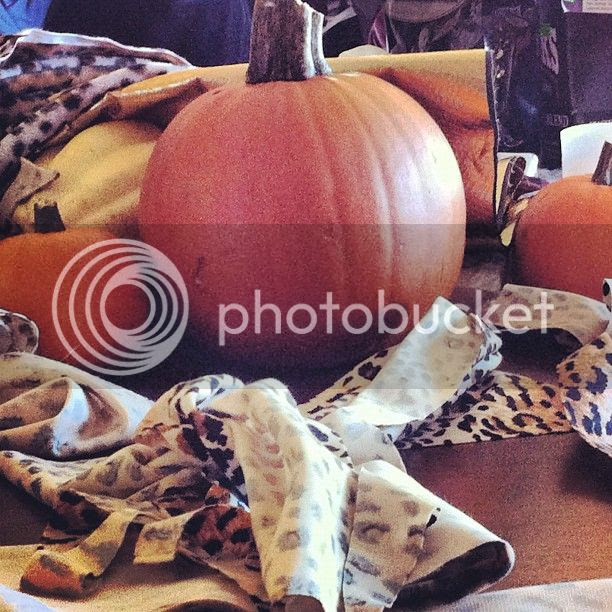 I made two separate pairs of pants for the girl.  Because she wanted to have a full body suit.  One pair fit exceptionally well, but it was skintight and for a 9 year old I didn't like it.  One pair fit except for the butt (we have been cursed with large behinds) and finally I gave up at 8:30 p.m. and made her a skirt instead.

We used zulu knots with bobby pins to "curl" her hair overnight after a shower so she could have some great "Wild" hair.  It worked. 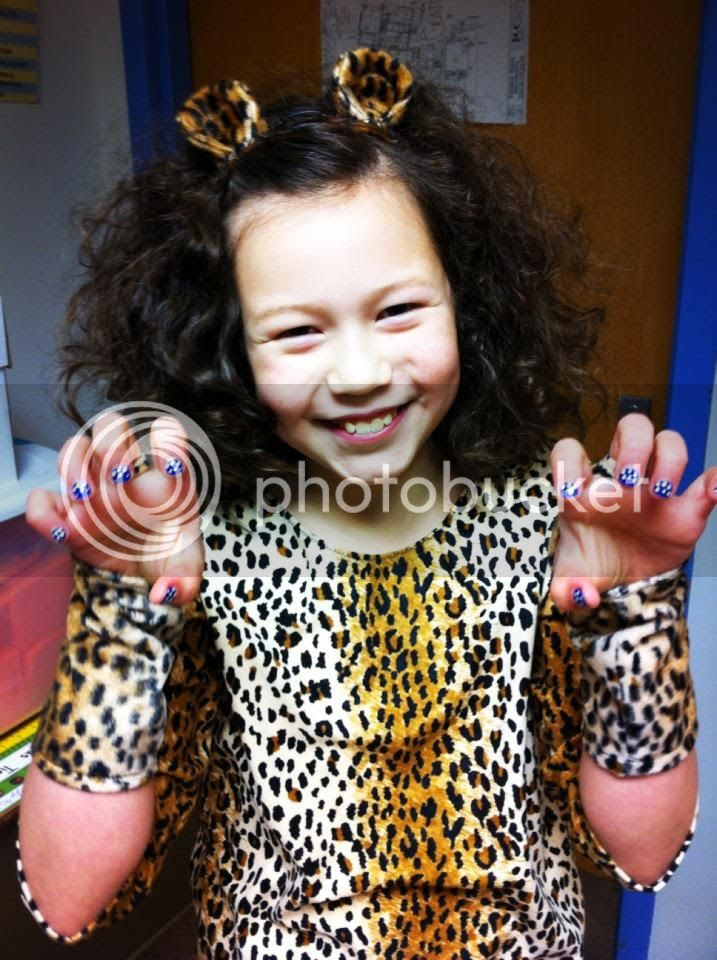 My costume also made a few people Migiaq too.  Dean and I went as Zombie Bride and Groom.  A few weeks ago I did some moulage with a few other nurses for the required disaster drill at the hospital and learned how to use tissue and liquid latex to make burns and scar tissue wounds on people.  Perfect timing for Halloween. 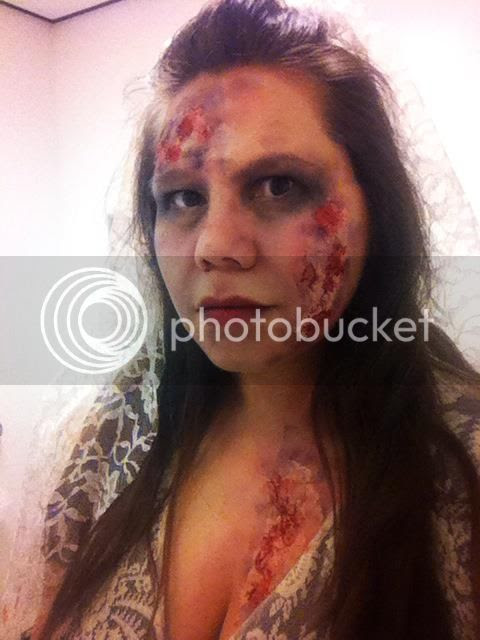 I used my actual wedding dress, burned a few holes in one of Dean's dress shirts, bought a $1 tie for him and ripped up some pants of his.  Not to toot my own horn but I really liked these costumes!

Anyway, to finish Kaisa's costume, I sewed some boot covers, some fingerless gloves, we made ears and attached a tail to her skirt. 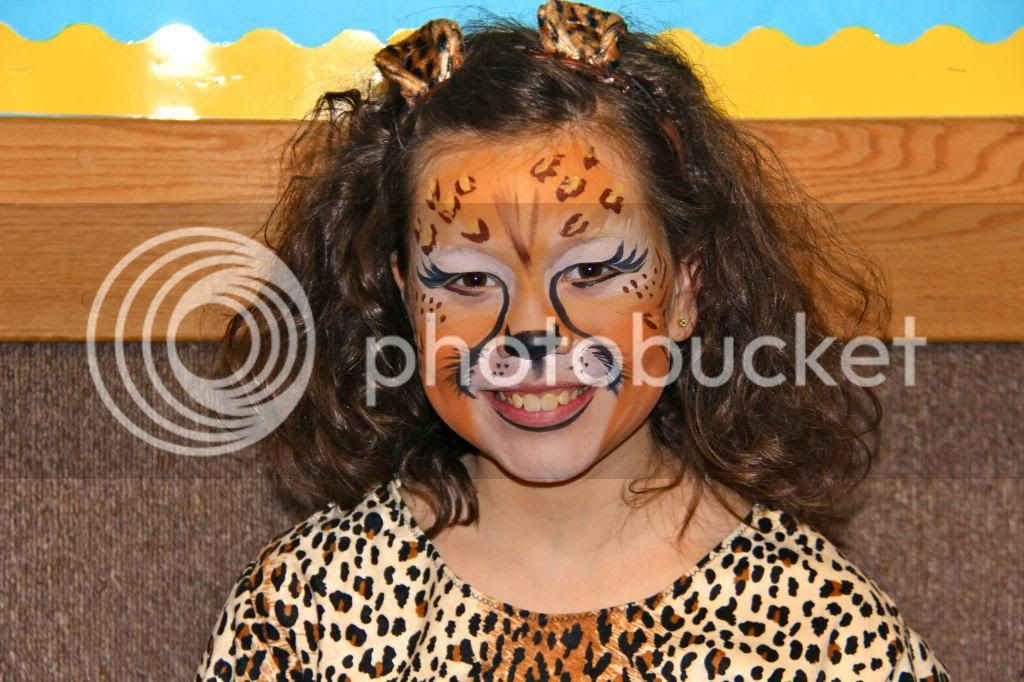 I waited until after lunch to paint her face like a Cheetah.  (Although it's sort of interchangeable from a cheetah to a leopard!)

My daughter went overboard on candy collecting this year, which made her Migiaq yesterday also.  Gross.   Candy throw up! 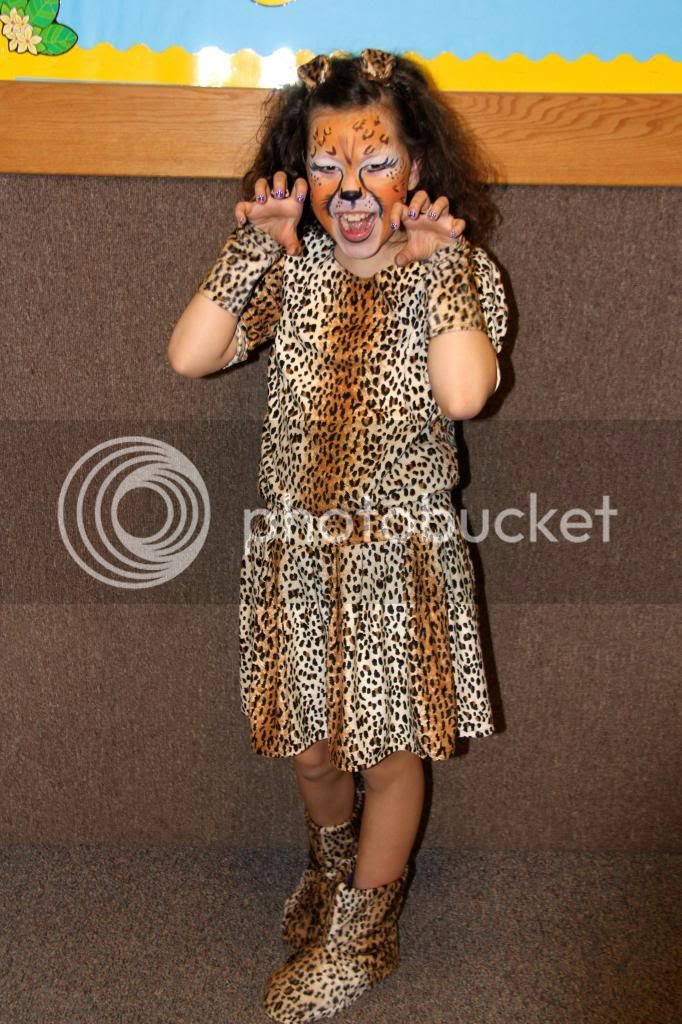 There is your lesson of the day.  :)  Happy Sunday.  I am so thankful it's November!